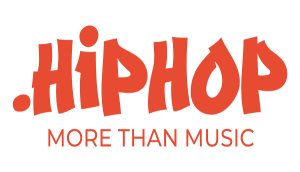 The industry newcomer run mainly by veterans, Dot Hip Hop said today it will slash the price of .hiphop domains by 80% in an effort to reinvigorate the languishing gTLD.

That appears to mean a wholesale fee reduction from $100 to $20 a year.

The price cut will be married with a focus on registry-level marketing that the TLD didn’t really get as part of the old UNR portfolio. Chief marketing officer Scott Pruitt said in a press release:

Domain registries that have invested in marketing directly to end-users have been the most successful in the last few years, This simple strategy of end-user outreach and lower prices combined with the enormous growth of hip-hop as a worldwide cultural and economic force, make us extremely optimistic about the future of our company.

The company acquired the .hiphop ICANN contract from UNR a year ago, in a deal that took until this January to close due to ICANN delays.

.hiphop currently has fewer than 1,000 domains under management, no doubt mostly due to the formerly high prices.

The wholesale fee cut seems to be translating to retail prices around $25 at the low end, competitive with most gTLDs.